I had planned all year to get to the Golden State Bonsai Federation Convention 41 in Sacramento. This was going to be a historic even with the return of Master Yasuo Mitsuya after an absence of 10 years. He would be joined with Bjorn Bjorholm, Suthin Sukosolvisit. These headlines were joined by Mitsuya’s students. So many master on one stage. Master Kathy Shaner, with other students, Gordon, John, Boon, Mel, and others. A simply historic gathering on stage, all working on trees that would be later auctioned for many thousands of dollars each.

I was able to bring back a tree that Master Mistuya designed 10 years ago to see where it will go from here. I showed him the original design that got a bit of a chuckle from the Master. Then I showed the form bonsai show photo and he quickly saw where his vision should go. The tree would go back to following the delicate flow of the trunk. It would loose the grand size I had let it take. It would become taller, more graceful and move in alignment with the trunk. It will as get a new pot that will present the delicate movement. I will show that later after re-potting.

Those time with the masters, either private for in groups are precious. These are the moment bonsai artists hold as stories well into the later years of our lives.  Convention is also a time to shop for pots to improve trees and to pick up something special. I found a pot I adored and then well, the  tree for the pot 🙂

So nice to catch up with friends and make new acquaintances. Conventions always motive us to go back to our collections and work like crazy so that may be next time we will have a tree to enter into competition at another convention. 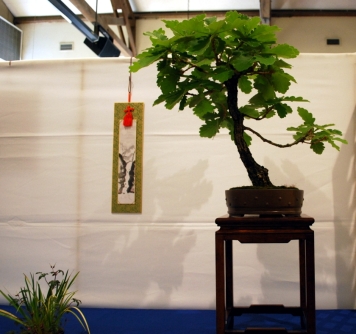 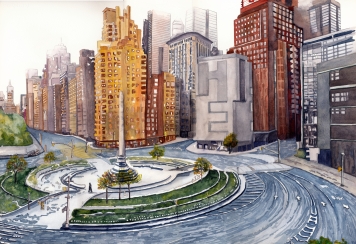 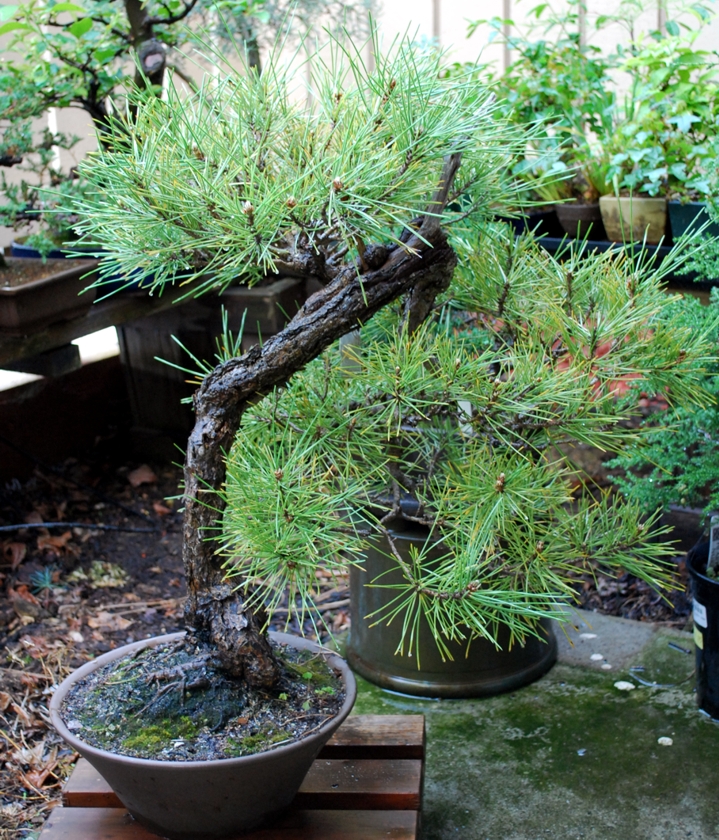