Weather in northern California has been inordinately wet this year. Temperatures were unstable for a bit in February and had halted a great deal of re-potting. Anything I re-potted I would have to be protect from low temperatures and freezing so my plants did a lot of bonsai shuffle for a few weeks. Then, all the sudden, temperatures moderated into the 40/50+ range with no deep temperature drops in the evening This gave me the opportunity to step up the pace on re-potting pines and smaller trees that were starting to push buds.

The Austrian Black pine was one of those we managed to complete. It has not been re-potted for many more years than I had expected. Its root mass was a solid plate of roots in the bottom of the pot and only about 1/4 inch of soil remaining in the pot. I has purchased a slightly bigger pot recently with the intent of putting the pine in it. It was a much more extensive re-potting than I had anticipated so with proper car we hope this tree will start growing again. I expect it to sulk some for awhile until temperatures are steady in the 60’s.

Austrian Black pine root platter. Lots of healthy mycorrhiza in the bottom of the pot. Very little soil existed as the roots had push most of it out. I had to remove the entire bottom root platter to give space for new development.

Most of my other pines are already pushing candles. One of the little pines I was able to complete was the shohin black pine. It is doing very well now with active candles everywhere.

All in all it has been a very busy Feb both in my collection and everywhere else I work.

1 comments on “Austrian Black Pine Update – Through a Wet Feb.” 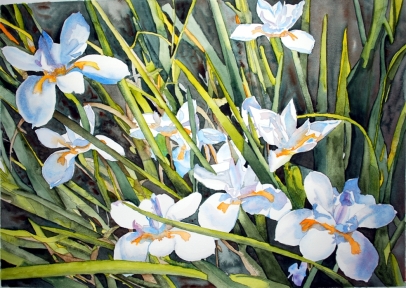 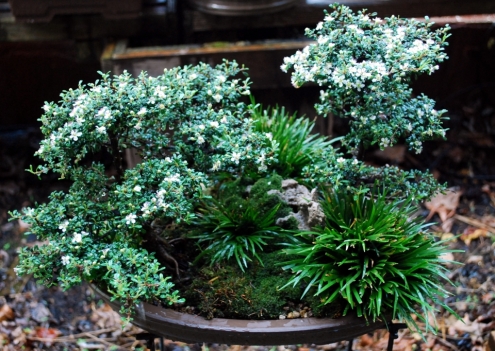 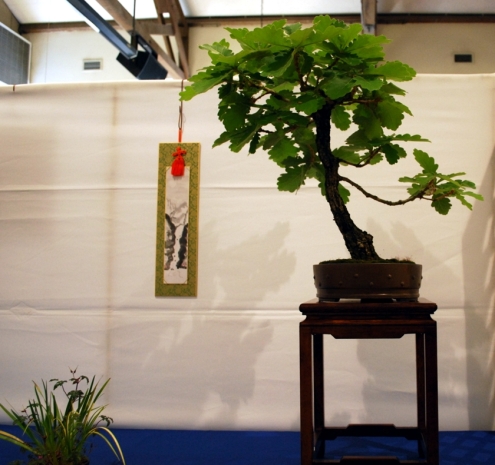