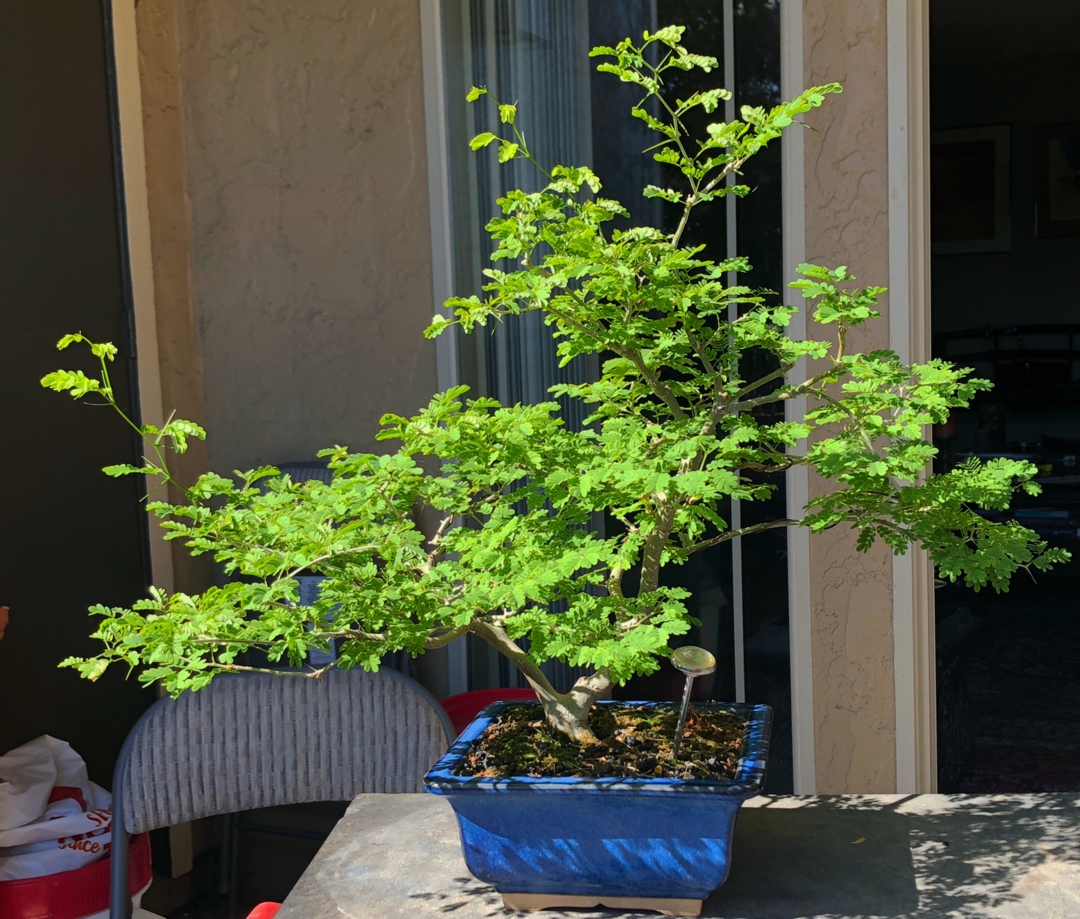 In the Heat Of Summer – Think Tropical

Daytime temps here in Santa Clara are reaching upper 80s to mid 90s now. Work in the garden starts to slow down since most plants start shutting down in the 90s except for the tropical trees that begin to flourish as long as there is good humidity. Here in CA I have to create the humidity with trays of water under or near the trees. These trays of water help keep the shohin hydrated as well since it become impossible to keep them moist in the summer.

I have received several inquires about my gardenia, often referred to as an indoor bonsai by flower companies. So many have received them as gifts this year and need to know more about the care. I am posting the gardenia images from when it arrived to my collection from Brussel’s to where it is today. You will see a huge difference.

Trees transplanted today are ficus and schefflera species. These hot weather lovers like to be re-potted in the hot days of summer when their roots and foliage are exploding. I stopped re-potting tropical trees in Fall and Spring many years ago when I found them sulking for too long. Now I only do them in the heat of summer.

The schefflera is a triumph in leaf size reduction and trunk development. This little tree, purchased from a local hardware store is intended to replace the large version of this I had on the East coast before moving to CA in 2000. I left that tree behind because of state plant material transport. Now I work with this shohin version and build it up. It has made its home in the blue pot for several years. The trunk has fused nicely and root development is good but could be better. Therefore, I up-potted it into a deeper pot to pump up the roots and the trunk. This will mean that I will battle leaf size again. More room and fresh soil causes them to grow large again for a while. I will work at cutting back the larger ones and keep the smaller ones for the rest of the summer

The Ficus Micoarpa was in a small shohin pot as well. It is time to encourage more root growth and branch development so it was potted in a larger deeper bot to build strength.

The gem of my summer collection are my Brazilian Raintree and the Trinidad Flame Bush. The flame bush was features earlier this summer when it was re-potted. Now it is grows like crazy creating new branches. I will introduce it during a demo in July to SBBK in San Mateo. Most have not seen this rare species. The Brazilian Raintree is in its glory now producing spectacular foliage and very long thorns. Sad to say that we have discovered that the trees that develop thorns generally do not bloom. I am not discouraged because the tree is so unique in this area and makes a stunning display.

1 comments on “In the Heat Of Summer – Think Tropical” 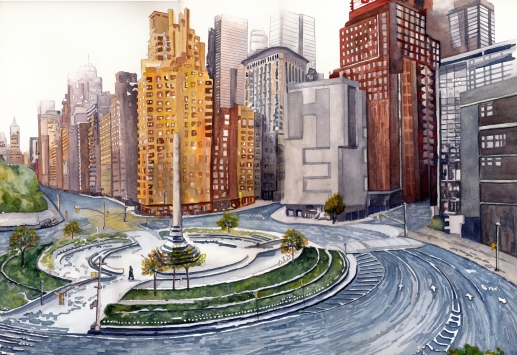 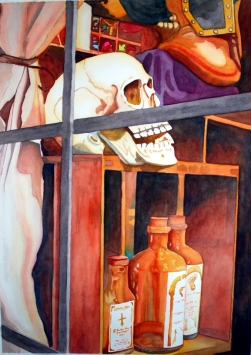 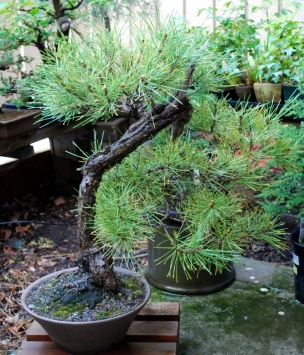 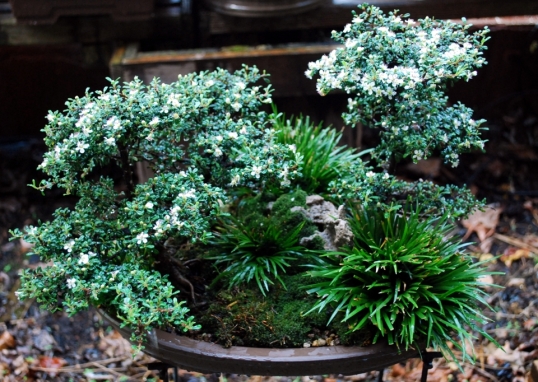 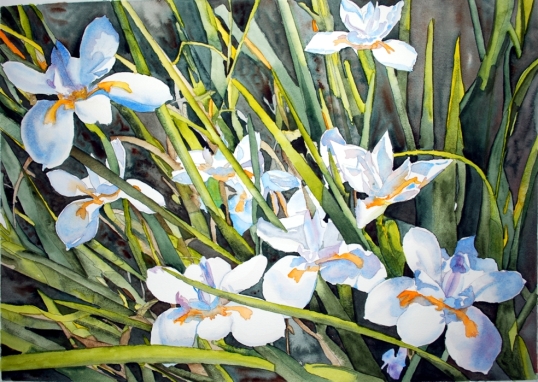 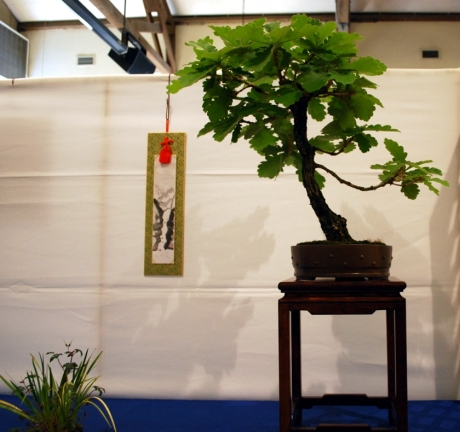 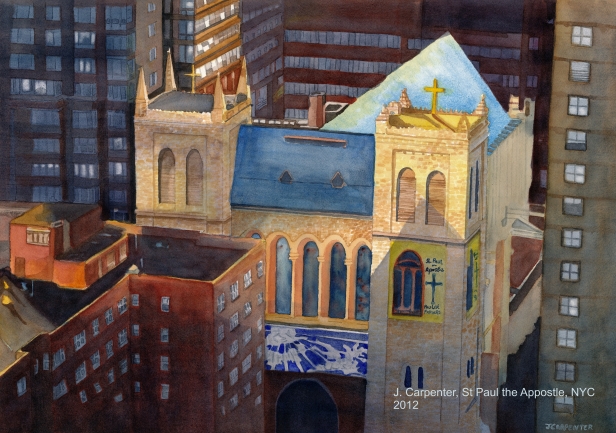