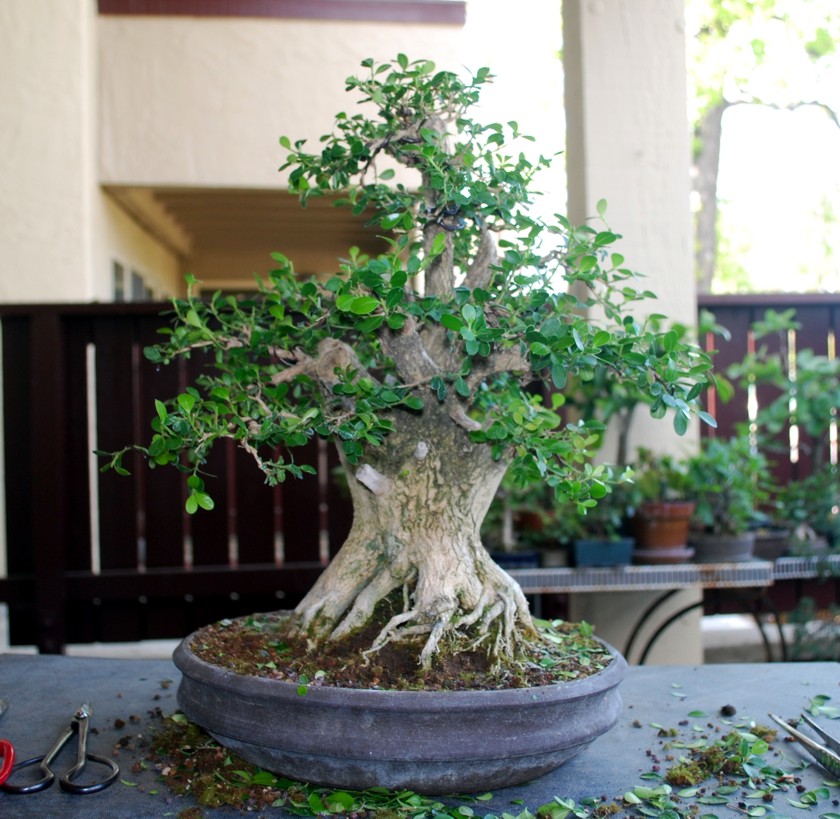 Preparing a trees for show, whether it is an “in-progress” tree or a formal display is gratifyingly tedious labor. It is, however, a labor of love. To day I cleaned a boxwood that I was originally going to make part of a formal display realizing that it was not where ready for the stage. It has been affected by our very warm winter and spring causing rapid growth. I should say over growth. So I went about cleaning up and pushing it back so that I can add some more wire to it for shaping. It gave me the opportunity to work on the big cuts that were make last year so I broke out the Dremel and went at those cuts attempting to carve more realist branch cuts.  I have it ready for a re-potting now and have just hydrated it well so I can attempt that. In need to be lowered into the pot to bury some of the heavy roots and encourage a finer root mass.  So this tree will be added to our show as a demonstration piece to show visitors what can be done with these trees.

I took some time to pull out my olive seikei to get it ready. The warm temperatures have pushed all the olives vigorously and it needs some clean up to get it ready. Night-time temps have also been high so my ficus were ready for re-potting as well and I managed to get my prize into a new pot and cleaned up. At this rate it may be in the show if the growth continues and it fills back out with foliage.

Now on to the rest. So many warm days that re-potting is now out of hand. I have a great deal of work to do. 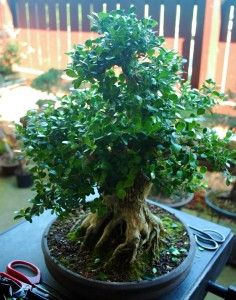 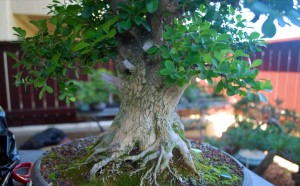 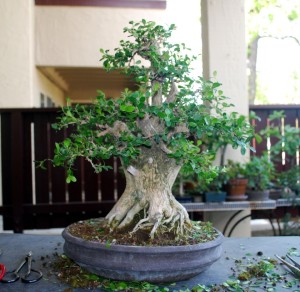 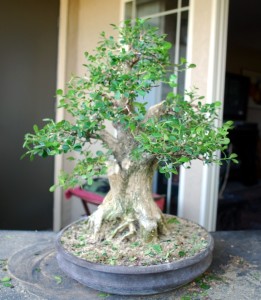 The boxwood photos show the tree from heavy foliage mass, to clean up and then after deadwood was done. I will post a formal picture of it after re-potting. 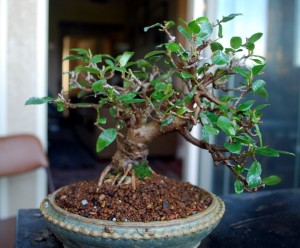 Above is the ficus after re-potting in its new pot. I look forward to it filling out again so that it will show well.

1 comments on “Preparing Trees for Show” 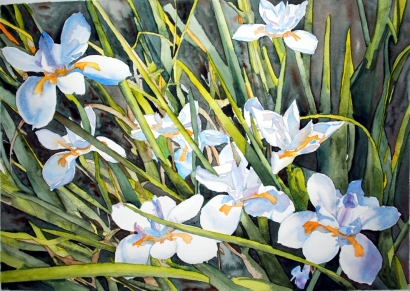 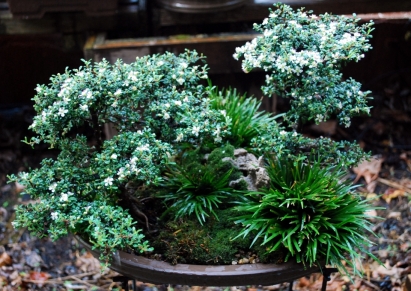 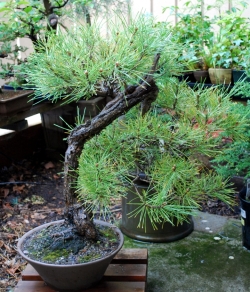 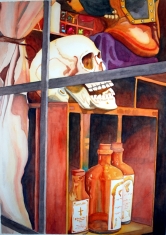 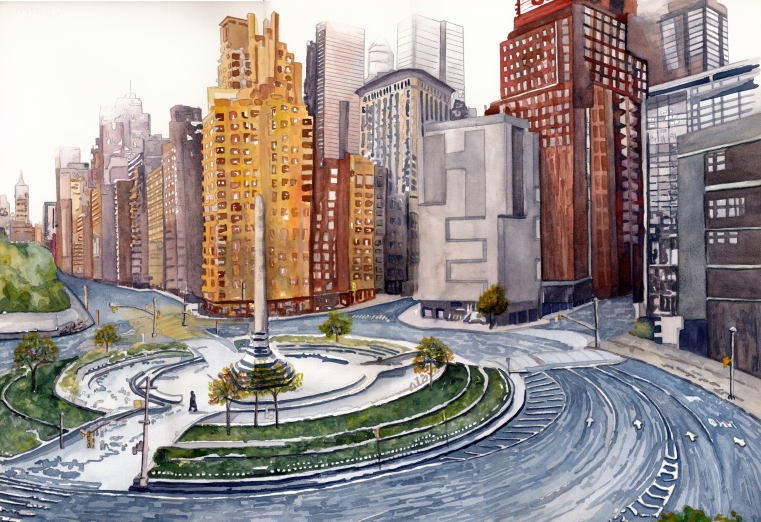 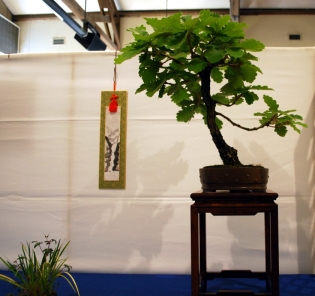 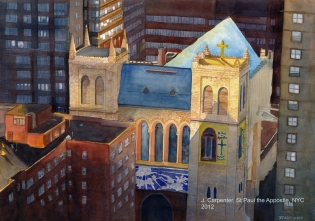